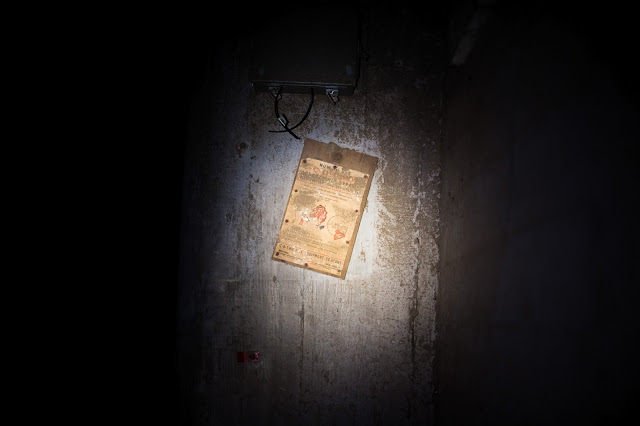 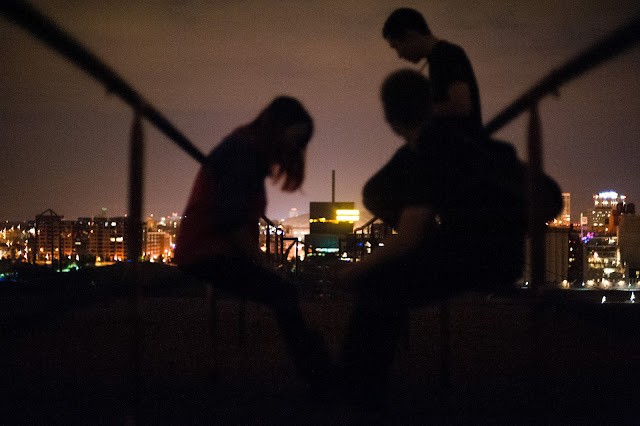 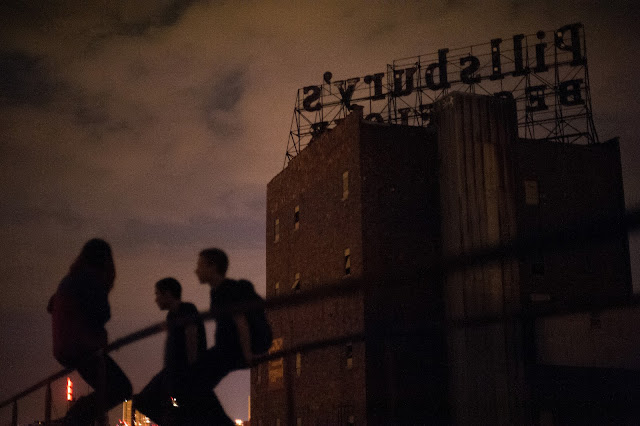 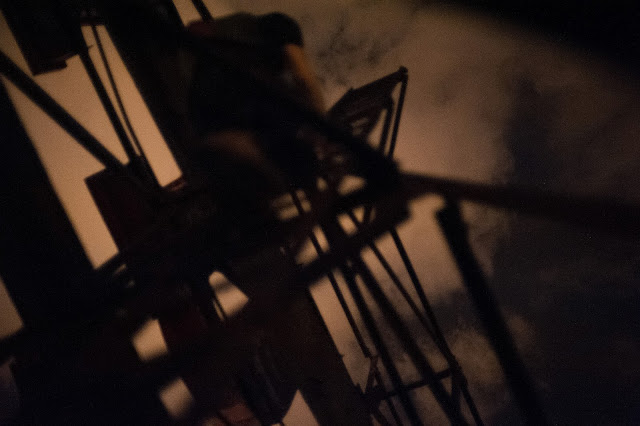 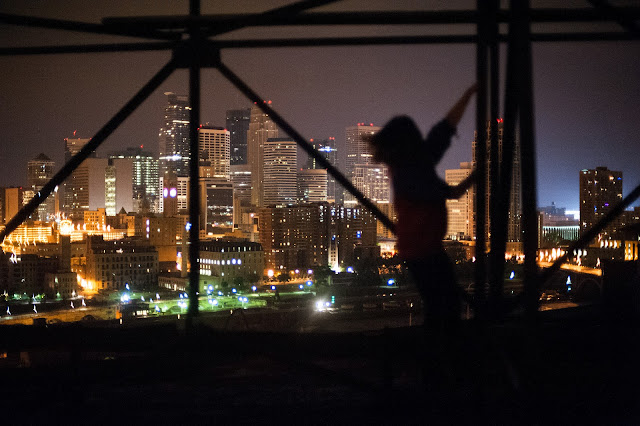 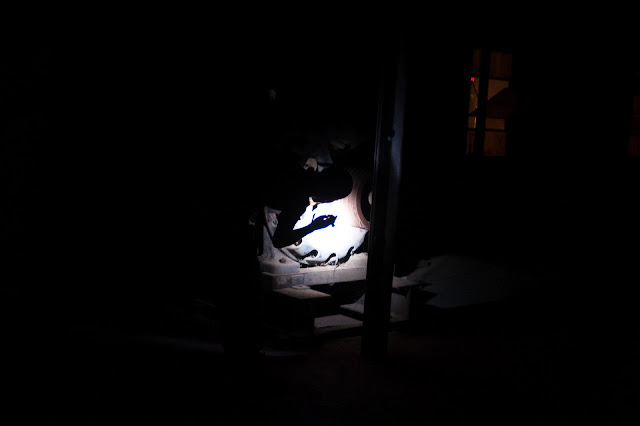 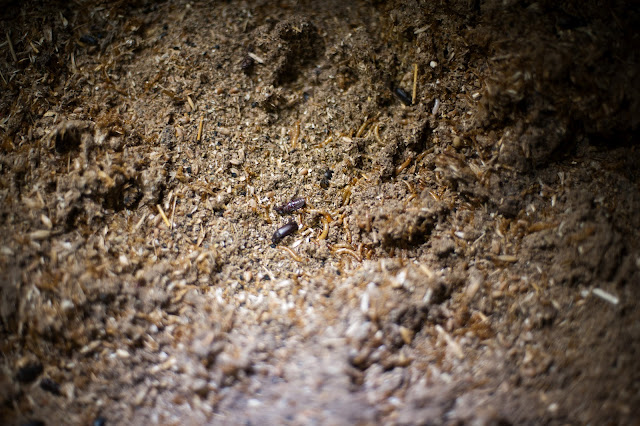 Mouser Week IX is coming to a close (officially), so its time to head back below ground.

Drain-boarding in Phalen Creek (underneath St. Paul) with Benagain, his girlfriend, and her roommate. 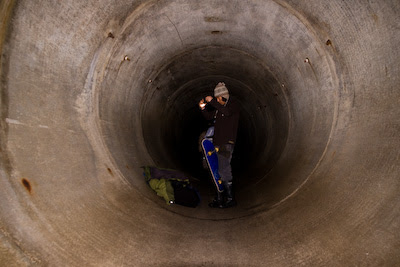 It was cold! Really cold! We parked near some rather shady industrial/commercial offices after driving through some shady St. Paul streets, and walked down a shady-ass road to jump into the drain. and we was COLD! 33 below cold! 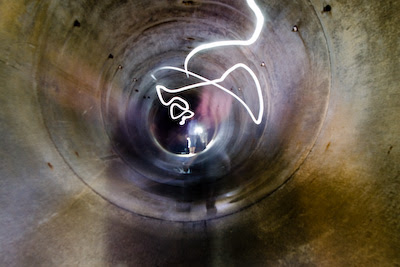 The drain was warm though, once we got through the silt sludge shit that just about ate our boots. 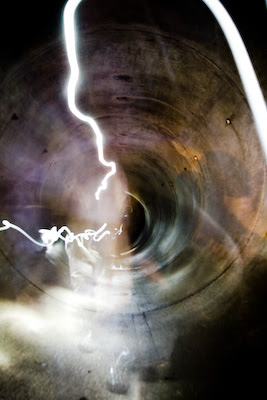 Our objective was to find the dry round-concrete-pipe section of drain for drain-boarding, which is a long way from where we entered. 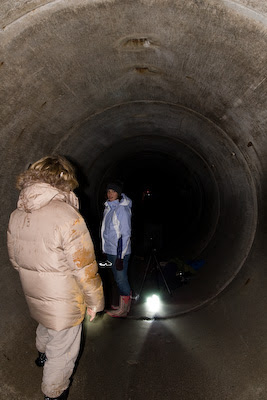 The drain is what used to be Phalen Creek before it was buried, bit by bit over the past 100 years (more on that). The fact that the drain was not built all at once means that walking upstream feels like walking through a scrambled time-capsule. Construction ranges from a concrete box, brick, a section of massive stone tunnel, and the more common eggish RCP. The walls a covered in mineral formations of many different colors, icicles, and stains. In some sections tiny holes on the floor make mini drain-geysers that shoot up several feet.
We even saw a frog float by us down stream. 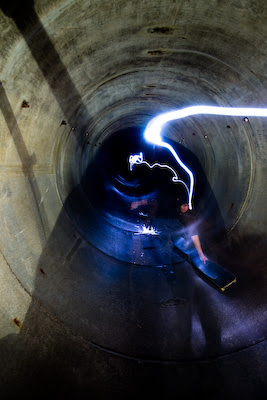 We finally got to the dry section and hung around for what must have been a long time trying to get some bad-ass drain-boarding shots. 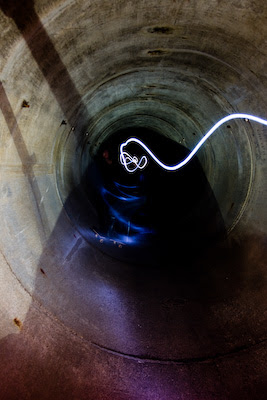 On the way out I dropped my brothers mini-mag that I 'borrowed' in the silt-sludge-shit. Reaching in and grabbing it, and then having to deal with keeping my hand warm was not the kind of thing I wanted to deal with, so there wasn't allot I could do but watch the light slowly sink and fade into the abyss. requiescat in pace 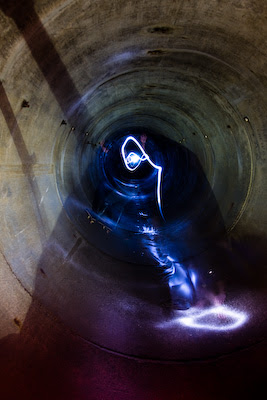 We had a bit of the scare on the way out with a Park-Police vehicle driving along our stretch of road, but we just laid low and didn't waste all of time climbing out.

Dinner was at the Riverside Perkins again, and we ran into what was left of the rest of the Mouser Week crew, and ate Perkins food. 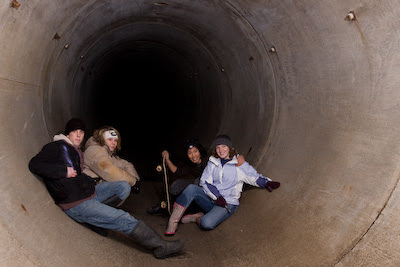 This one is from Ben

Update:
So apparently Freak found my light when he and the Perkins crew went to Phalen later that evening, shining from the bottom. Crazy.
Post by Spaz 4 comments: 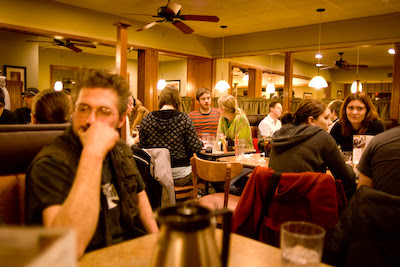 Everyone + Junkyard at Perkins.

[almost]everyone (photo by Ben). Click to view it bigger.

Fun evening, got to meet everyone at Perkins, drank a few cups of coffee and a malt, chilled, and then headed to West Kitts. Ben and I hooked up with GoxKok and his crew and we made it to the top of the third helix. Ben and I wanted to check out some other stuff that evening, so we left them there to wait for everyone else to show up. We both slipped and fell in on the way out, Ben got his leg hurt, and I had to head home, so that pretty much ended the exploring for us that evening. Totally worth it though, I got to meet allot of really cool people that I need to go exploring with more often. 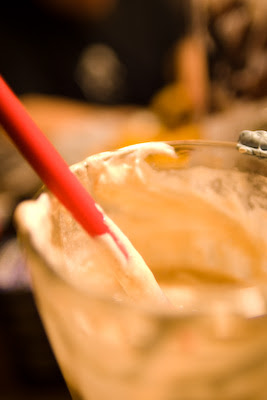 All email addresses and such will remain confidential, even from us, so no spam, we promise!

Leave a comment on any post with your email and we'll get back to you quick-like. All comments go through moderation before we publish them, so your contact info will remain private.